Welcome to the blog of the project MetClimVOC!


Halogenated VOCs in the atmosphere: monitoring and traceability


Chlorofluorocarbons (CFCs) and other long-lived chlorinated and brominated organic substances are responsible for the ozone hole over Antarctica. Although amount fractions of these ozone-depleting substances have decreased because of their total ban under the Montreal Protocol, the ozone hole is still present.

In early January 2021, the World Meteorological Organization (WMO) published the article: "Record-breaking 2020 ozone hole closes". But what does this mean? Although amount fractions have decreased, some years still see a large ozone depletion due to very cold conditions in the stratosphere above Antarctica. This means having exact measurements of ozone-depleting substances and their replacements is still an important issue.

In this post, we will answer some questions about these specific type of substances and their state-of-the-art measurement in the atmosphere.

# Why do we measure halogenated VOCs?

Halogenated VOCs comprise a wide group of organic compounds, which contain fluorine, chlorine, bromine or iodine. All of these compounds are greenhouse gases as they absorb the outgoing infrared radiation from the Earth's surface. In addition, those halogenated VOCs, which contain chlorine and bromine are destroying the stratospheric ozone layer and lead to the "ozone hole"), mostly over Antarctica in austral spring.

Ozone-depleting halocarbons are forbidden to be used within the Montreal Protocol. Related to this international treaty, a classification of halogenated VOCs has been evolved (see Table 1). 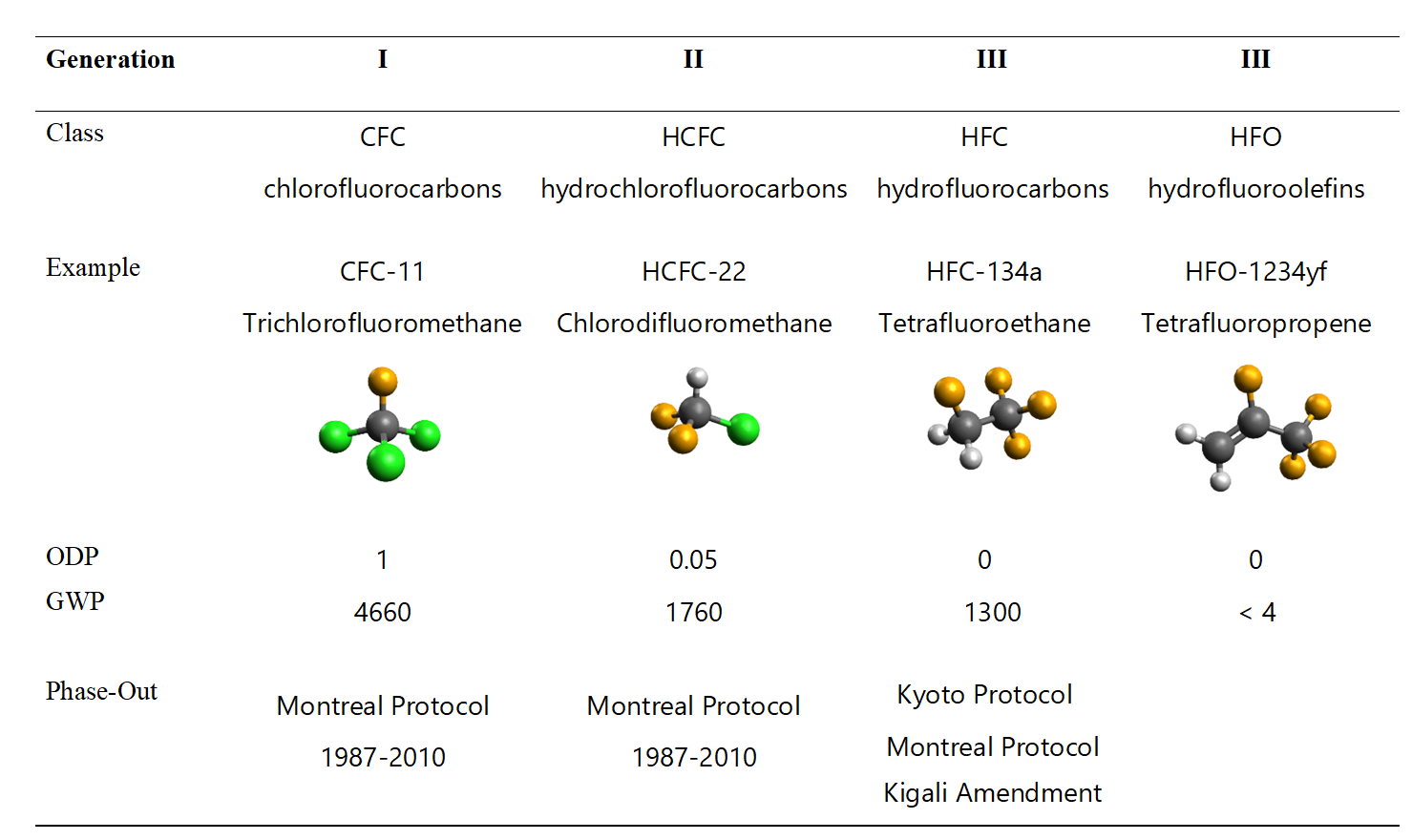 The first generation contains substances that are severely destroying stratospheric ozone, which are globally forbidden since 2010. Important groups are CFCs (chlorofluorocarbons, e.g. CFC-11, CFC-12), halons (long-lived brominated substances, e.g. H-1211, H-1301) and long-lived chlorinate solvents (e.g. CCl4, CH3CCl3). The second generation contains the initial substitutes, HCFCs (hydrofluorochlorocarbons, e.g. HCFC-22, HCFC-141b), which are less harmful for the ozone layer but are also on a schedule to be globally forbidden. The third generation contains only fluorine as the halogen group (HFCs, hydrofluorocarbons, e.g. HFC-134a, HFC-32) and is therefore not harmful to the ozone layer anymore. However, these gases are still long-lived and they still affect the climate. Therefore, they are also on a global phase-down schedule prescribed in the Kigali Amendment. This lead to the fourth generation of substitutes: HFOs (hydrofluoroolefins, e.g. HFO-1234yf, HFO-1234ze(E)), which are short-lived in the atmosphere and therefore only have a negligible effect on climate.

# How are halogenated VOCs calibrated in global networks? 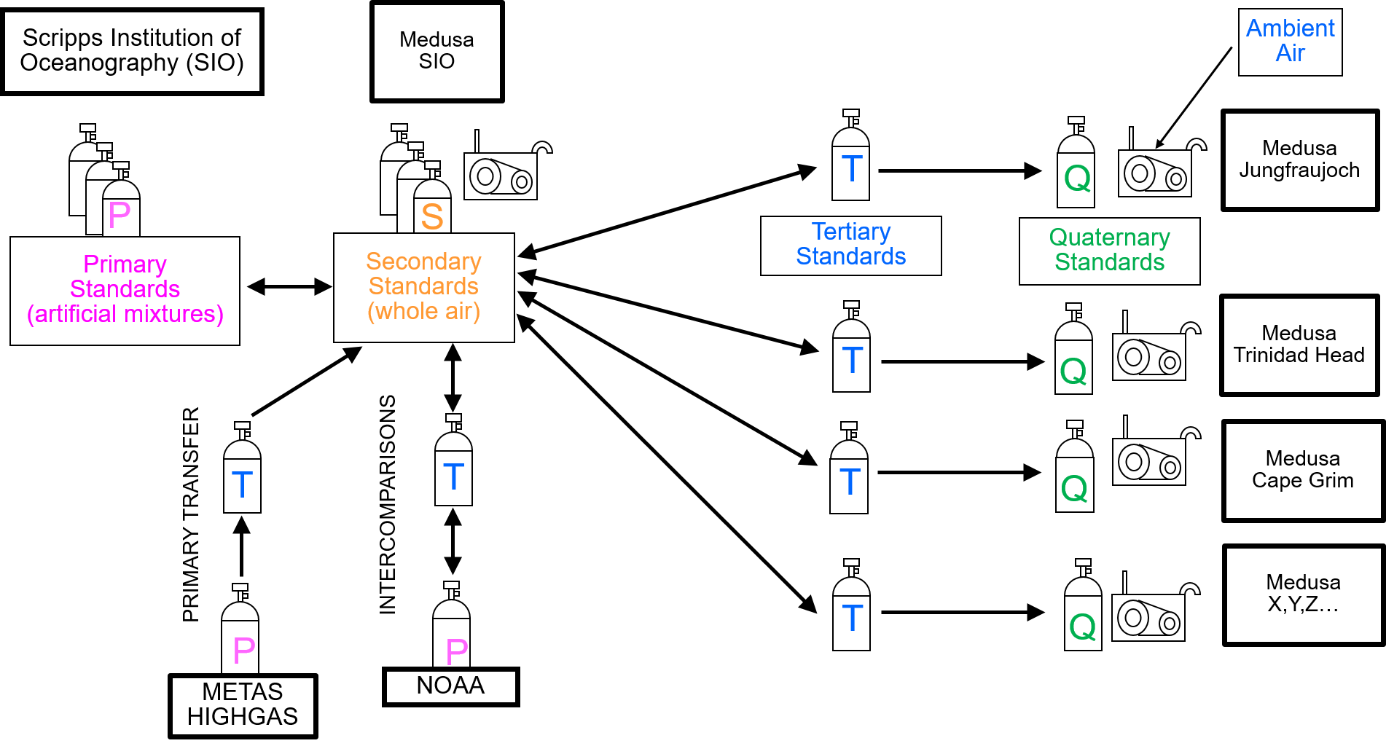 Figure 1: The traceability chain used in AGAGE with 4 hierarchical levels and the connection to NOAA with intercomparisons of primaries with tertiaries. Transfer of external primaries for newly measured gases make use of specifically produced tertiaries, whose values are then incorpo-rated into the AGAGE pool of secondary standards at SIO.

The highest stage (P, primaries) are synthetic standards, which are prepared gravimetrically in clean dry air. For AGAGE these standards are prepared by The Scripps Institution of Oceanography (SIO, La Jolla, CA, US). These standards never leave the lab and they are only used for calibrating secondary standards (S), which are real-air standards filled in 34L Essex stainless steel cylinders. In addition, these secondaries are only used within the lab to calibrate the next level of standards, the so-called tertiaries (T), which are also real-air standards, and used to transfer the scale from the central lab to the measurement sites. At the measurement site the so-called quaternaries (Q, real-air standards, locally filled) are then calibrated using the tertiaries. Ambient air measurements are alternated with quaternary standard measurements to closely track and correct for mass spectrometric sensitivity changes. In this way, measurements at all AGAGE stations around the globe are fully traceable to the primary standards.

In order to check also for absolute differences in the scales, regular comparison exercises are performed within AGAGE and NOAA and other interested institutions, who produce their own primary standards (Figure 1, intercomparisons) (Hall et al., 2014).

After new halogenated gases have been identified to be present in the atmosphere, the next step is the preparation of a traceable calibration and to transfer this primary to the central laboratory. Until recently, Empa and other institutes have simply diluted the pure substance as best as they could. Within the former EMRP project HIGHGAS, the preparation has for the first time been based on SI-traceability (Figure 2). In this way, it was possible to perform a state-of-the-art calibration of the recently found HFO-1234yf (Vollmer et al., 2015; Guillevic et al., 2018).

Efforts to produce primary standards for newly found halogenated VOCs will be pursued in the MetClimVOC project. Substances envisaged are anthropogenic HCFCs, HFCs, HFOs and chlorinated VOCs, which are not yet part of the continuous measurements of AGAGE and NOAA. 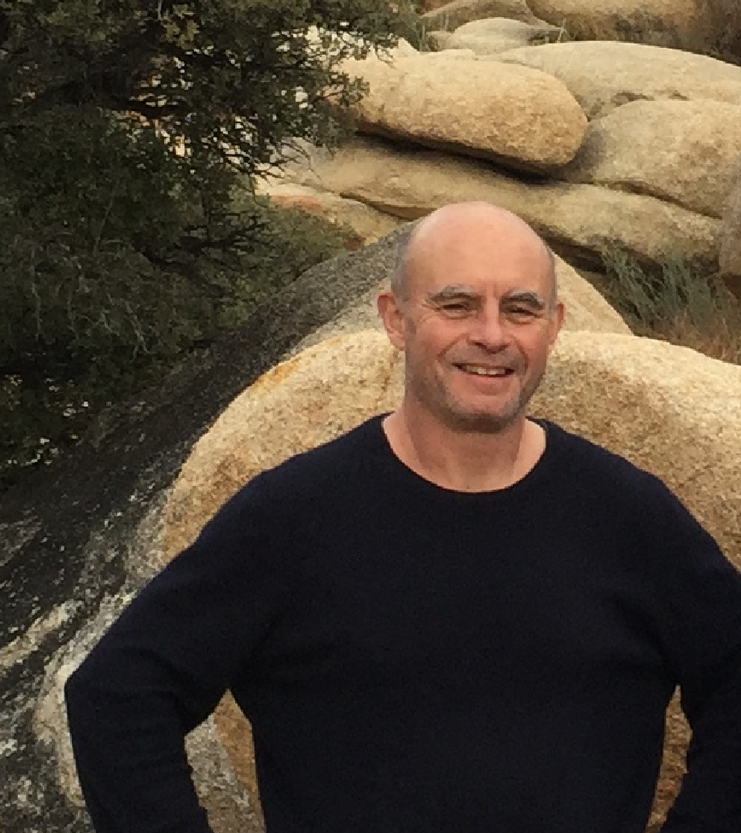 Stefan Reimann, senior scientist and group leader at Empa (Switzerland). His main expertise is the continuous measurement of trace amounts of halogenated VOCs (CFCs, HCFCs, HFCs, HFOs) and NMHCs (non-methane hydrocarbons). He is a PI of several national and international pro-jects in the field. He is responsible of providing a real-world estimation of Swiss emissions of climate-related halogenated VOCs, which are submitted together with the Swiss emission inventory to UNFCCC. Finally, he was significantly involved in several UNEP/WMO Ozone Assessment reports. 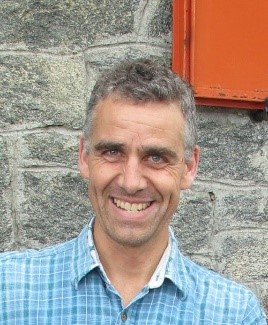 Martin K. Vollmer, senior scientist at Empa (Switzerland). His main expertise is the continuous measure-ment of trace amounts of halogenated VOCs (CFCs, HCFCs, HFCs, HFOs) at the high-Alpine site of Jungfraujoch (3580 m a.s.l.) within the world-leading AGAGE network (Advanced Global Atmospheric Gases Experiment). These substances related to ozone depletion and global warming are measured by a sophisticated "Medusa" preconcentration connected to a GCMS, which is one of the few world-wide instruments capable of performing these challenging analyses. He was responsible of finding several new halogenated VOCs in the atmosphere.